Payday loans are a type of short-term loan that is given to people who need money quickly. They are often used by those with low credit scores and bad credit histories since it can be difficult or impossible for them to get a loan from traditional lenders.

Payday loans often come with high interest rates, but the borrower will receive all of the money up front so they have cash in their bank account as soon as possible. There are many things you should know before getting a payday loan, so let’s dig in!

What defines a payday loan?

Despite their popularity, there is no agreed or legal definition av of payday loans. The name comes from the fact that the loan’s due date comes on or sometimes even before the borrower’s payday. They can despite their name usually be repaid at any time, even if it’s not your next payday yet.

How does a payday loan work?

Essentially, a payday loan is a way to get an advance on your wage by borrowing against your next paycheck, but from a third party and with a cost attached that can be substantial. Payday loans are typically for small amounts of money, like a few hundred dollars, as they are unsecured which means the lender is exposed to a higher degree of risk.

By offering lower amounts at a higher interest rate, lenders are able to offer the loan to borrowers without the need for a lot of paperwork or approvals, as well as to people who have trouble getting credit from other mainstream lenders.

What’s the difference between a payday loan and other loans?

A payday loan is an unsecured type of debt, where you don’t have to put up any collateral for it. Other loans, like a bank loan or mortgage are usually secured with collateral. Payday lenders are also generally offering a higher approval rate than others.

What are the pros of payday loans?

Some people find that they can’t get approved for traditional credit through bank or with other lending institutions, so sometimes payday loans might be their only option.

This is especially true when someone doesn’t have any positive personal financial history to speak of and in some cases when there’s an emergency. While it can take weeks to get a loan approved from your bank, a payday loan can typically be paid out in days, or in some cases mere hours.

All in all, a payday loan can be a good option for people in need of quick cash on the spot, but it’s important to weigh all your options before deciding.

What are the cons of payday loans?

The biggest drawback to a payday loan is that these companies charge high interest rates for borrowing money from them, sometimes taking advantage of people in desperate situations or those who don’t know how much they can borrow with other lenders.

Also, the debt is not secured which means that if you default on your loan then it’s possible for the company to come after other assets of yours. With a secured loan, you’re primarily risking the asset that has been used as collateral.

Payday loans can also cause a snowball effect in some cases where people take out payday loans over and over again because they’re unable to pay off their existing ones. This can lead to a debt cycle where the borrower can’t ever get out.

How much does a payday loan cost?

A payday loan comes with very high interest rates because the cash advance has to be paid off within a short time period. The average APR on a payday loan currently sits around 400%, but many lenders can offer better terms for customers with a good credit score.

APR, or annual percentage rate, is the annual rate of interest that is charged on a loan. It is calculated based on the amount borrowed and the time period, usually over 12 months. This means that with a lower amount of money, you have to pay back more in interest, relative to the amount you borrowed.

Since the APR is based on a percentage, the lower the amount of money borrowed is, the higher the APR will be. Thus, while payday loans are in fact expensive, the APR would be high relative to any other type of loan for a larger amount even if the actual costs were the same.

Before getting a loan or using one as bridge until your next paycheck, make sure you have considered all your other options. You should also be aware of the laws in your state and how they apply to payday loans.

If you’re in dire straits and have no other option but a payday loan, then it’s worth considering some of these pros and cons before taking out one: 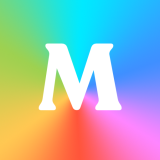